Coding With Some Guy
Updates: Tyler on PowerHacking CSS to cutestrap your app in this latest episode!

When Trevor Alan Gomes built the most absurdly overengineered donation alert on Twitch showing his Gamemaker Pro game playing on an original Nintendo Entertainment System, he didn’t know that Some Guy was actually going to build it.

…was Saturday 9/26/2020, but personalized bitboi NES ROMs are still available for free to anyone with sufficient free twitch channel points on https://twitch.tv/SomeCodingGuy (Digital Engraving redemption). Come get your own! 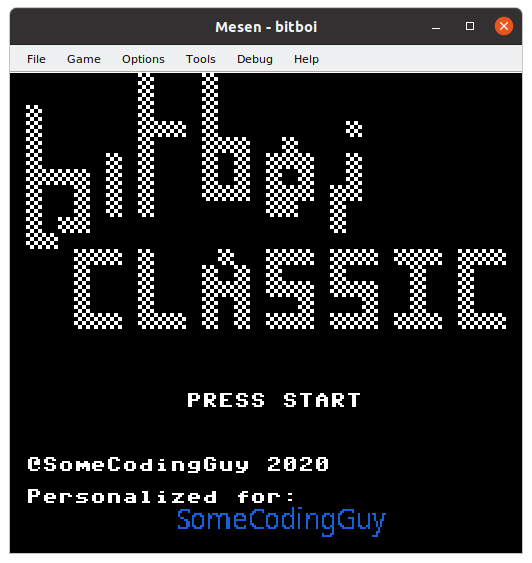 Time to add note collection gameplay to our game

Adding 2d physics to a platformer for jump kinematics

Using a coin counter to show debugging values on screen

Adding basic collision detection on the right side and down

Starting an NES Game build with an Attract Screen